Trump: I would be honored If able to Meet Kim Jong-un 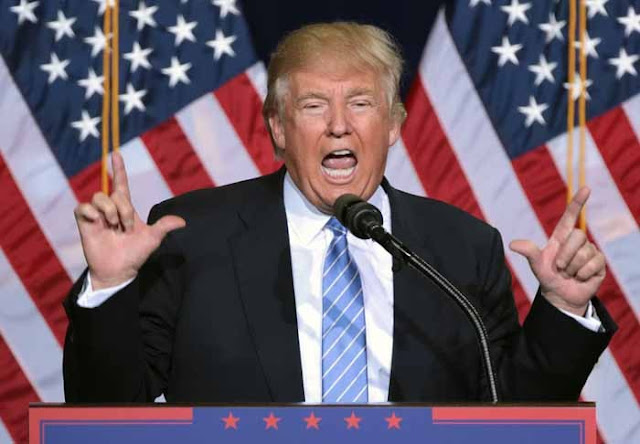 The President Of The United States Donald Trump (AP)

Trump: I would be honored If able to Meet Kim Jong-un

The President of the United States Donald Trump says he is willing to meet with North Korea leader Kim Jong-un, with notes of the meeting took place in "the right situation". This is going to do for the sake of easing tensions that triggered North Korea's nuclear program.

"If the situation is worth it for me to meet with him, I was ready and feel very honored to meet him. Moreover, if the meeting was conducted in a decent condition, I would be willing, "said Donald Trump told Bloomberg News as cited CNN, Tuesday (2/5/2017).
The idea of meeting with Trump Kim Jong-un is very controversial. Because, before there has never been a U.S. President who met with Kim Jong-il's son that.

"Most politicians would never say it. But, if the situation allows, I would like to meet him, "stated the President.

White House Press Secretary Sean Spicer explained on Monday 1 may 2017 plan meetings can only be done when North Korea has in good faith to stop missile development program and long-range nuclear warheads.
"We have to see them easing stance his provocative first. And obviously, current conditions do not reflect that, "said Spicer.
Spicer also explains the President of Trump's statement indicated that Kim Jong-un is ' smart guy '.

"He was at a young age. Many potential threats that approached him. And he was able to get through the process to advance his country, though many aspects of the alarmingly. He is a young leader for a country that has nuclear weapons, "explained Spicer.

Foreign Minister Rex Tillerson and Vice President Mike Pence undertook to confirm the existence of Washington desires to open talks with Pyongyang.
During the campaign, President of U.S. 45 was also briefly mentions his desire to meet with Kim Jong-un.

"There is a possibility of a 10 to 20 percent I can invite him to talk to stop making nuclear missiles," said the owner of Trump Organization that with the US presidential election campaign when the jumawa 2016.
Although at the time his comment reaping criticism, but now a number of observersto open up the top option in talks with North Korea.
Trump plan wishing to meet with Kim Jong-un appeared simultaneously with the Korea Peninsula High tension.

At the end of April 2017, North Korea reportedly has again done a test missile over long distances and large scale artillery exercises. Meanwhile, the U.S. is responding to Pyongyang's actions by sending a number of warships to the area near the peninsula of Korea.

The Director of the Central Intelligence Agency (CIA) Mike Pompeo is scheduled toarrive in Seoul, South Korea this week. The purpose of his visit to carry out internal meetings with the US Forces Korea and the US Embassy military attaché.
The same week, the land of Ginseng also will carry out the presidential election. The candidates will promise a new relationship building between Seoul with Pyongyang.
The issue of nuclear weapons in North Korea is quickly becoming a priority for theGovernment of Trump. Step diplomacy so far still attempted by AS though on the other hand they keep open a military option.
White House Chief of staff Reince Priebus explained that the meeting scenario Trump with Kim Jong-un is superb even though chances are very small.
"Unless Pyongyang is willing to disarm the guns, both long distance missiles or nuclear warheads," Priebus lid to CBS This Morning as reported by CNN.