Android Apps May 14, 2017
FaceApp Latest Photo Editing Application, changing the shape of the face Being Unusual - How does a photo editing application that is installed on the smartphone you, and where are the most favorite? 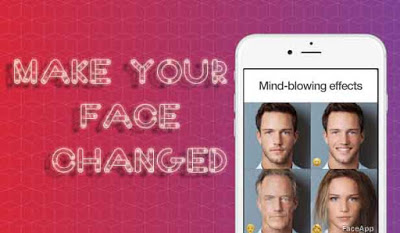 Of the large number of applications to edit photos at the moment, maybe you should try aplication this one. IE application named FaceApp, which is an application that is capable of changing the face of you changing shape with a selection of interesting effects.

FaceApp provides a selection of effects that can change your face shape is different from the original, as it can change the face of the your male/female adult, becoming parents, children and so on. 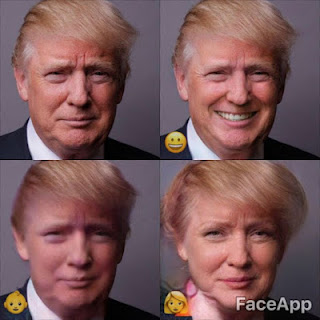 FaceApp became a favorite photo editing applications current and able to make a lot of users feel funny because looking at the appearance of the face that are difficult to distinguish its authenticity.

FaceApp is an application made by utilizing AI or artificial intelligence and neural network, so with a realistic effect able to ' conjure ' face that very difficult to guess its authenticity and as if not illusory.

And for those of you who want to try can install it on your Android device or iOS cherished you.

Users to quite easily, after determining the photo you wish to edit the options will appear for the editing process. In the process of editing there are options such as "Duo" and "Collage". Duo is an option for a photo as much as two menedit at once, while a collage photo editing can be as many as four at a time. With a choice of effects provided just choose whichever.

Applications created by Wireless startup Lab OOO based in Russia was released on January 15, 2017, and the last renewal on April 24, 2017. But if you want to upgrade to the Pro version, required to pay $3.98.