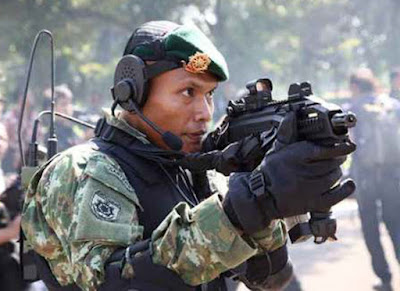 Universe individual arms, especially Submachine Gun (SMG) for the TNI to increase with the presence of CZ Scorpio Evo 3 alerts Česká zbrojovka Uhersky Brod, Czech Republic origin. Futuristic weapons with a caliber compact 9 x 19 mm have seen used by soldiers Kostrad (Army Strategic Reserve Command) in an exercise in handling terror at the TNI Headquarters.
What is interesting from CZ Scorpio Evo 3? In addition to the all-new design, the design weighs 2.77 kg barrel of a gun is equipped with Picatinny rail on the top, bottom, and left and right, makes the Scorpio Evo 3 highly adaptive to be fitted with a variety of tools akesesoris firing viewfinder and other tools. Among the accessories that support the weapons include the option of attaching grip (handrails), binocular viewfinder (sight), flashlight and laser sight. All of this weapon accessories refers to the standard Mil-1913

CZ pengopersian scheme Scorpio Evo 3 not much different with SMG famous champion kinds of H & K MP5, which adopts roller delayed blowback. In CZ variants of Scorpio Evo 3 A1 offered use of fire selection switch, provides an option for gunner to use safe mode, semi-automatic, fired three rounds, and shoot the full (full automatic fire). Other than that, manufacturing also released CZ Scorpio variants S1 Evo 3, in this variant is offered only safe option and semi-automatic fire. S1 variant generally offered to the police. 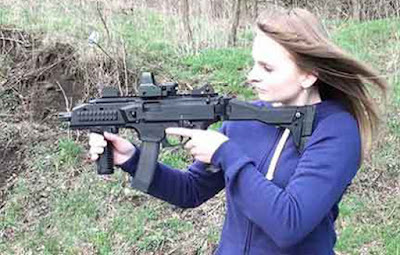 CZ Scorpio Evo 3 complete with grip, exactly which is used by the Army Strategic Reserve Command.

In general CZ Scorpio Evo 3 presented with a folding stock options, the hallmark of this weapon is easy to be assembled. Built in an ergonomic configuration, when the butts of guns has stretched span 670 mm, while with the butt folded to 410 mm in length. The length of the barrel itself is only 196 mm. Proving a compact weapon, CZ Scorpio Evo 3 has a width of 60 mm and height of 262 mm. In terms of performance, CZ Scorpio Evo 3 has the speed of firing 1,150 rounds per minute, while the speed of the projectile launch his 370 meters per second. 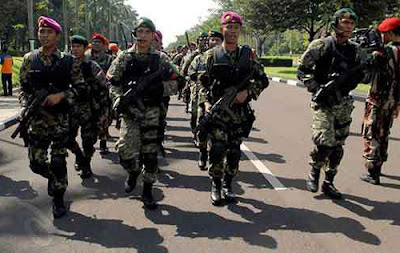 Kostrad joint anti-terror forces marines who bears SMG Daewoo K7.
CZ Scorpio Evo 3 has a range of up to 250 meters when fired from the shoulder, while the effective range of 50 meters when fired in a handheld position with the butt folded. SMG is offered in two magazines, each with capacity of 20 bullets and 30 bullets. Following the lead of Steyr AUG assault rifles, CZ Scorpio Evo 3 magasin adopt a model of transparent polymer material, this model makes the gunner can directly monitor the rest of the ammunition available in the magazine. 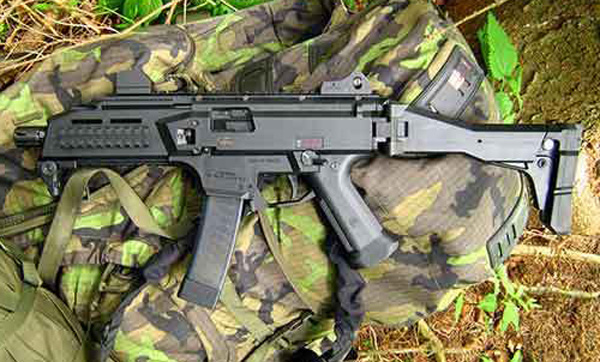